Many healthcare systems responded to New York State’s DSRIP Medicaid reform mandate by reorganizing and streamlining service delivery. These changes were important money-saving changes for the sake of efficiency.  The increased coordination of existing resources and assets at the neighborhood level would help to address SDOH.

However, Community Care of Brooklyn, the new DSRIP-funded Maimonides healthcare system, sought to do more than improve coordination.  It focused on an integrated model of care in partnership with social service and community organizations to comprehensively address health disparities.

Interfaith soon joined the CCB healthcare system. Interfaith’s new CEO, LaRay Brown, pledged to reverse years of mismanagement and focus sharply on the connection between poverty and poor health. Brown and the Coalition’s vision was for Interfaith to provide quality healthcare and also to use its operations as an anchor institution to support the local economy.

CCB and the Coalition also began building a robust partnership. CCB sought to cultivate connections with community-based organizations to help advance community wellness as part of the DSRIP mandate to reduce unnecessary hospitalizations by 25%. 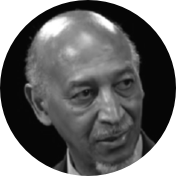 The Coalition sought to improve community wellness by making hospitals drivers of community health and wealth.   Coalition efforts also centered racial justice and democratic participation based on the belief that community members most affected by local conditions were best-positioned to forge solutions.  Both agreed that together they would be more effective in taking on the economic drivers of poor health. According to Shari Suchoff, Vice President for Population Health Policy and Strategy at Maimonides Medical Center, Community Care of Brooklyn/Maimonides Medical Center. “We also need to help to change the economic outlook of communities if we really want to have long-lasting impact and effect.”78

CCB and Coalition leaders brought to the table decades of experience and standing as respected leaders within their own institutions when they began their collaboration.  Lead Interfaith nurses,  Jennette Harper, Michelle Ned, Charmayne Saddler Walker, and Deana Jones-Haynes served at Interfaith for more than thirty years. Coalition co-founders Maurice Reed, Roger Green and Bruce Richard were community leaders who had participated in community mobilizations for over fifty years. The Maimonides team brought years of experience in care coordination. Long-running personal relationships of trust between some of the key leaders facilitated their willingness to work together.  Both Coalition and CCB leaders cite trust, transparency, consistent communication, teamwork and commitment—as well as mutual support and self-care—as central to their own effectiveness. 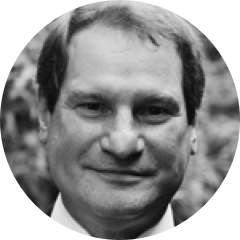 “. . . [w]e’ve learned to listen to one another, trust that we all actually do have the same goals, and accommodate one another's needs. It’s not perfect by a longshot, but the kinds of organizations that are working together now wouldn’t even be in the same room together before, let alone open up to one another about goals, shortcomings, and things we can do together . . . it's about real partnerships."79

The Coalition and CCB set two goals to launch their collaborative effort: 1) to investigate how social, environmental and economic conditions (SDOH) in Central Brooklyn were impacting the health status of its residents; and 2) to focus sharply on health equity, first addressing the areas amongst CCB’s Central Brooklyn neighborhoods with the most acute health disparities.  Coalition and CCB members together resolved that their efforts could not be successful unless they addressed the ongoing impacts of racism within the programs they developed.  The strong relationship between CCB and Coalition leaders helped support their commitment to examining both the ongoing effects of historical and present-day racism in Central Brooklyn and the issues of race that might arise in interpersonal matters.

Thus as they’ve designed efforts to address SDOH, they incorporated measures to take on the profound racial disparities found in Central Brooklyn, whether in wealth, housing access and displacement, or in rates of high school and college graduation, employment and incarceration. One critically important example is the Brooklyn Communities Collaborative commitment to integrate connections and supports for justice-involved Brooklyn residents into every aspect of BCC’s work.