Reduced reimbursement rates in the federal Medicaid program left hospitals like Interfaith, where approximately 65% of patients are covered by Medicaid,12 consistently underpaid and in debt. The effects of Medicaid’s underpayment worsened in 2010 because of deep federal cuts implemented after the 2008 economic crisis.13   For Interfaith, cuts meant a loss of more than $29 million in 2010.14

Readers will be able to

Adding to these challenges was the lack of coordination between healthcare and social services for low-income Medicaid patients that increased risks of complications, repeated emergency department visits and hospital readmissions.15 These risks made life more difficult for patients and drove up healthcare costs.

Interfaith’s situation was further compromised by decades of mismanagement by a for-profit outside consultancy, Kurron Shares of America. Kurron’s unusual long-term contract as an outside administrator was renewed just days before Interfaith filed for bankruptcy. Kurron’s management of Interfaith was characterized by “excess borrowing, wasteful spending and mismanagement."16 Top Interfaith administrators from Kurron also sat on the Interfaith board, creating a serious conflict of interest. Kurron’s mismanagement led to miserable, unsafe conditions within the hospital, including the 2015 beating death of one patient by another.17 Even though activists feared job loss, they also understood that the hospital’s poor quality services were not popular among local residents. Unless they lacked other options, most opted to go elsewhere for care.

The New York Daily News would later describe the situation as a “$16 million white-collar feeding frenzy” in a “cash-strapped hospital struggling to serve some of the poorest neighborhoods in the city.”18 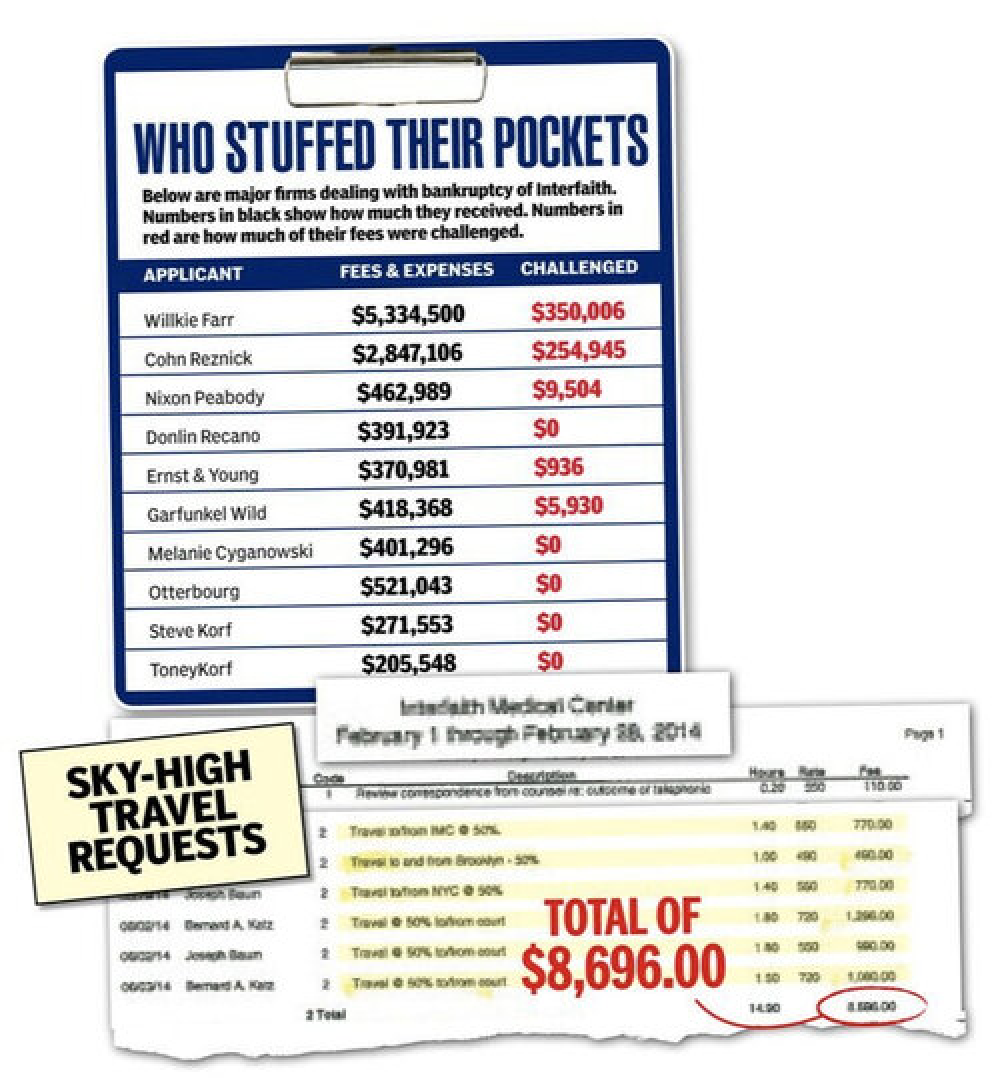 Turmoil in the State and Federal Healthcare Systems

Interfaith’s bankruptcy struggle took place against a backdrop of turmoil in the healthcare sector nationally and in New York State. Nationally, the health sector (comprising nearly 20% of GDP and growing), faced a myriad of challenges from ballooning costs and steep competition, to exploding demand from an aging population. The Affordable Care Act (ACA), or Obamacare, was a critical policy intervention seeking to extend coverage nationwide to 30 million predominantly low-income, uninsured people and to create incentives for healthcare providers to reduce cost by shifting from treating illness to maximizing community health.19

New York State had two options for cutting Medicaid costs: to ration services, most explicitly by closing safety net hospitals in marginalized communities, or to address the underlying social determinants of poor health. In response, some hospitals raced to increase their revenues by implementing “reforms” that incentivized high-end procedures rather than basic healthcare. These moves did not save money for the State, which ultimately paid through Medicaid and Medicare. In fact, the high-end approach takes resources that otherwise might be used by the State to address social determinants of health.20

In the hopes of reducing Medicaid spending, the state repeatedly closed hospitals it deemed mismanaged, or located in areas considered to be “over-bedded.” Yet, shuttering a hospital in a poor community would not guarantee Medicaid savings. Medicaid recipients might simply go to other facilities, or they might forego needed care until problems became far worse and more expensive to handle.

Nonetheless, in 2013, the state proposed an expedited schedule for closing Interfaith by the end of the year.21