Building a Culture of Health: Outcomes

Given the history of hospital closures in Brooklyn alone, saving Interfaith is an impressive outcome. However, the eight-year process achieved much more.

The successful organizing effort to save Interfaith Hospital has proven to the community its own strength and ability to change public decision-making and to set a course for its own development.  Saving Interfaith meant retaining access to essential safety net health services and preserving  jobs.  Through the 2017 Vital Brooklyn Initiative, One Brooklyn Health, the new system of which Interfaith is a part, received $700 million to rehabilitate existing infrastructure, including a new emergency room at Interfaith, as well as the replacement of major medical equipment and upgrades to an intensive care unit, psychiatric units and operating rooms.93 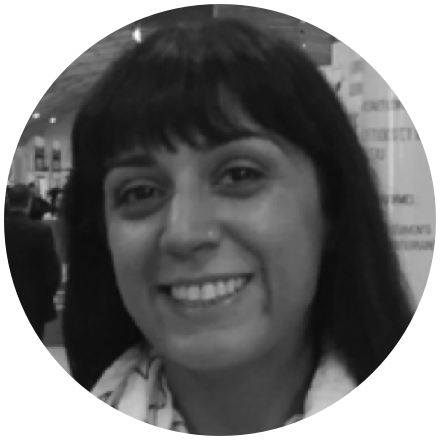 “It’s gone from ‘Keep the doors open!’ to ‘What kind of food are they serving in the cafeteria?’ ‘Who is part of the supply chain for where they’re getting their linens from?’ Now we’re actually talking about things that really matter to the people who live around Interfaith. ‘Where are we hiring from?’ That was a big one. And that’s not something that was happening before.”

Kingsbrook will be converted to a medical village with a full-service medical emergency room, comprehensive outpatient services, including ambulatory surgery, rehabilitation, and post-acute services. Brookdale will play a larger acute care inpatient role and expand its role as a regional trauma center. Interfaith will expand its medical emergency department and its psychiatric emergency program to include observation and crisis services.94

An additional $224 million will be used to develop a 32-site ambulatory care network in partnership with community health centers in One Brooklyn Health’s service area. The governor pledged that these investments would create 255 jobs and bring an additional 300 primary care physicians to central Brooklyn.95

Interfaith CEO, LaRay Brown, has committed to ensuring that these enhancements will strengthen the OBH hospitals’ focus on social determinants of health (SDOH): “There are a host of issues that affect the people in the communities that we are serving.  . . .  One Brooklyn board’s mission isn’t just about investing in the hospitals and in our health centers but it’s also about being involved in the policy decisions and working with other entities to improve the social determinants of health,”96 Interfaith now has the potential to become a critically important anchor institution that is both a center of healthcare excellence and a driver of wealth creation in Central Brooklyn.

The hospital system of which Interfaith is now part has achieved a 30% reduction in unnecessary hospitalizations and emergency room visits in its service area, exceeding the DSRIP goal of 25% reduction.  Over the 5-year course of the program, with shared efforts of CCB and the Coalition, CCB reported a reduction in avoidable hospitalizations in its service area by 30%.97 Reduction rates are calculated through review of Medicaid claims, a process not designed as a controlled research study.98

Final DSRIP program data and findings will not be available until after the program ends in Spring 2020.  However, New York State Department of Health has cited CCB for surpassing its goal via coordination of care99, having a clear infrastructure for bringing together social and clinical care providers, providing health coaches to targeted constituencies, offering training and workshops at schools, supporting community organizations, and through other related efforts to build health-supporting connections.100 Until more definitive findings can be made, CCB, as well as Coalition leaders, are seeking to understand the implications of these findings for their ongoing practice. 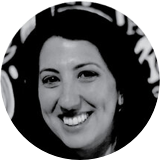 "Through DSRIP,  . . .  we have people following patients for 30 days, 90 days after they leave, and coordinating, calling their community-based organization where they get case management services, or calling their home health aides to make sure that the prescription they prescribed really got picked up . . . It shouldn't be, but it’s really new."

In addition to increasing services and access to healthcare, via the One Brooklyn Health system, Vital Brooklyn also pledged development of a 36-site ambulatory care network including partnerships with existing community-based providers.  These new units are projected to add capacity for 500,000 new ambulatory care visits per year.  In the three years since its launch, the State’s economic development agency, Empire State Development Corporation, has overseen ground-breaking on thousands of units of affordable and supportive housing, much of it built on decommissioned public land.

For example, when completed, the Fountains Development, a mixed-use development in East New York, will provide over 1,000 units as well as retail, commercial, community facility and outdoor green space.101  The state has opened, or reconstructed eight local parks, including the Shirley Chisolm State Park, now the largest in the state and comprising 450-acres on the edge of East New York. The initiative has added over five new mobile farmer markets and food pantries to address chronic food insecurity in Central Brooklyn, increasing the number of residents having access to fresh produce and other foods.

Hospitals as Drivers Of Community Wealth and Wellness

There is a growing understanding of what can be done with local assets to address SDOH in Central Brooklyn.  Increasingly, healthcare anchor institutions are seen as a critical driver of the local economy, not simply a place that community members go when they are sick. With increasing recognition that health and wealth are inextricably connected, local stakeholders are energized by possibilities that health care anchors can play an essential role in building both.

Via Brooklyn Communities Collaborative / Citizenshare Brooklyn, plans are underway to build a robust economic foundation for wellness in Central Brooklyn -- what MIT CoLab has come to call a wellness-based development framework.  Local institutions and residents are initiating new programs and enterprises that hold promise for building health and wealth.

For example, based on a PAR finding of the need for greater access to healthy food, CCB has invested in hydroponic farms. The farms are set up both to provide a local source of fresh vegetables and to lay the groundwork for building shared wealth-- to date, the hydroponic greenhouses have produced 30,000 pounds of food.  With partner,  Kingsborough Community College,  CCB has  supported job training for 225 medical assistants to move up the career ladder to become health coaches.

CCB has also supported development of 3,400 units of affordable housing and provided targeted care to 80,000 of the most vulnerable, justice-involved Brooklyn residents. Recidivism among those treated has declined by 10%.

To date, the WEB PAR projects have supported and trained more than 150 young people in participatory action research, surveyed more than 3,500 Brooklyn residents, and produced more than 60 recommendations for improving individual and community health and economic well-being. These recommendations are based on direct insight from community members. CCB and its allies have already begun implementing PAR recommendations such as the hydroponic farm to provide fresh food access. 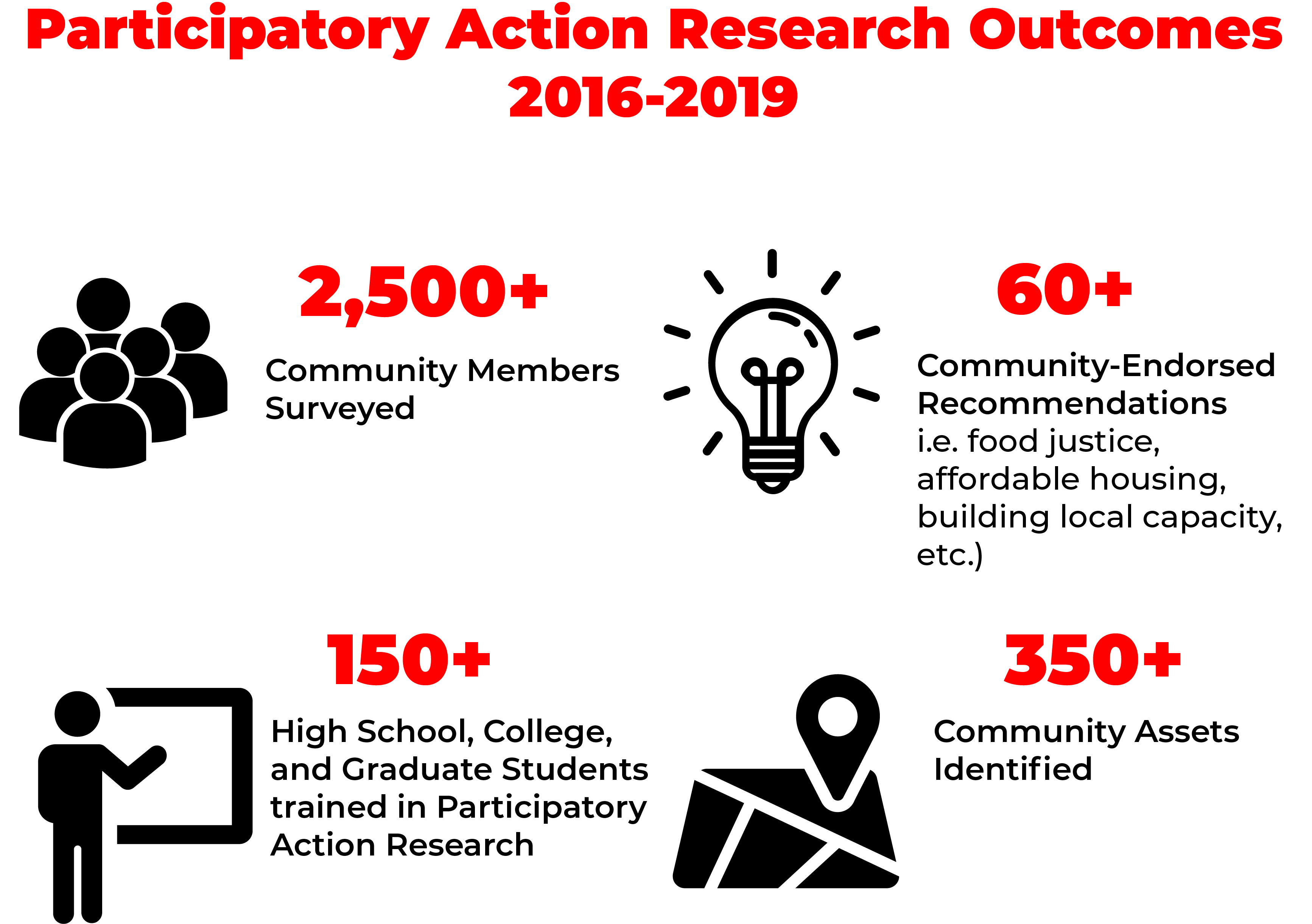 Many high school and college PAR researchers have returned to act as facilitators and supervisors for subsequent PAR projects involving younger student researchers. Having young people return for multiple PAR projects in new roles has created a continuity of local knowledge and experience across projects -- and an alumni network that maintains connections amongst participants, giving access to training and job opportunities.  Providing young people the wherewithal to directly propose public health solutions has helped shape their perspective on community health, and their own roles in making their communities healthier. 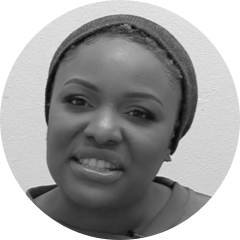 I wanted to be a nurse, I wanted to be with the patients. Then, cut to working on the first PAR and my idea of healing changed. It led me towards advocacy. Instead of me working patient by patient, I could heal entire communities.

On Maimonides’s side, Senior VP, Karen Nelson reports that the collaboration between the Coalition and CCB has also provided opportunities for unions and management to explore innovation and the future of healthcare work, a shift that will better position unions to prepare and advocate for workers through coming periods of change.103