Participatory Action Research as a Tool for Change

To realize these goals,55 CCB and the Coalition developed an ongoing (PAR) effort.  They called it Wellness Empowerment Brooklyn PAR (WEB PAR), emphasizing that building the community’s knowledge would help strengthen its ability to address its own SDOH.  The first WEB PAR was conducted in collaboration with MIT CoLab and local universities (Medgar Evers College, Kingsborough Community College, and Brooklyn College). It focused on Brownsville and East New York, the two Central Brooklyn neighborhoods with the greatest social and economic disparities.

Carried out by young people from the community who were trained by the MIT-led PAR team, the research identified neighborhood-specific assets and needs, the subtle distinctions in health conditions amongst neighborhoods, and the neighborhood-based racial disparities in CCB’s service area.  Since 2016, a PAR research project has taken place every year, centered in discrete neighborhoods each summer and carried out by the neighborhood's young residents.  WEB PARS became integral to the success of the CCB and Coalition collaboration.

What is Participatory Action Research?

PAR is different from other kinds of academic research because it focuses on the experience and intelligence of those most affected by community challenges. It assumes that they will have the most insight into how best to address problems and find solutions. In PAR, community residents serve as equal members of the research team, and their knowledge is valued equally alongside academic expertise.

PAR is grounded in the understanding that community members of all ages must cultivate a range of problem-solving and innovating capacities in order for neighborhoods to thrive.  PAR creates a space for asking questions, doing research, grappling with interpretations, and devising solutions. PAR processes also facilitate leadership development and lay the groundwork for the strong civic and economic infrastructure required for long-term community health and wellbeing.

Focused on Brownsville and East New York, the Brooklyn neighborhoods facing the greatest disparities,56 PAR I was the first joint project of Coalition and CCB.  In partnership with MIT CoLab and the DuBois Bunche Center for Public Policy at Medgar Evers College, CCB and the Coalition trained and worked with 28 students from neighborhood high schools and Brooklyn colleges and universities. The students studied the NYC Department of Health (DOHMH) Community Health Profiles for Brownsville and East New York. They also contributed their own knowledge as neighborhood residents and students as they took inventory of assets, challenges and potential solutions in the neighborhood.

The question that drove the PAR research in 2016 was:  “how do we mobilize the Brownsville and East New York communities to address the social, physical, and environmental inequalities that affect health?” The team took to the streets and meeting places of Brownsville and East New York and conducted 525 community surveys, as well as focus groups and interviews. Residents identified food justice and nutrition, as well as physical activity as major issues. CCB and the Coalition produced a set of recommendations based on community feedback, and MIT CoLab staff prepared a report.  The following winter, the team held a well-attended community report-back that included staff from the NY Governor’s Office.

In March, 2017, building on the findings and recommendations of PAR I, the Governor announced the Vital Brooklyn initiative, a comprehensive, multi-sector $1.4 billion investment built on the framework and priorities identified in PAR I.  Vital Brooklyn directly linked community economic and social development in Central Brooklyn to community health and well-being. 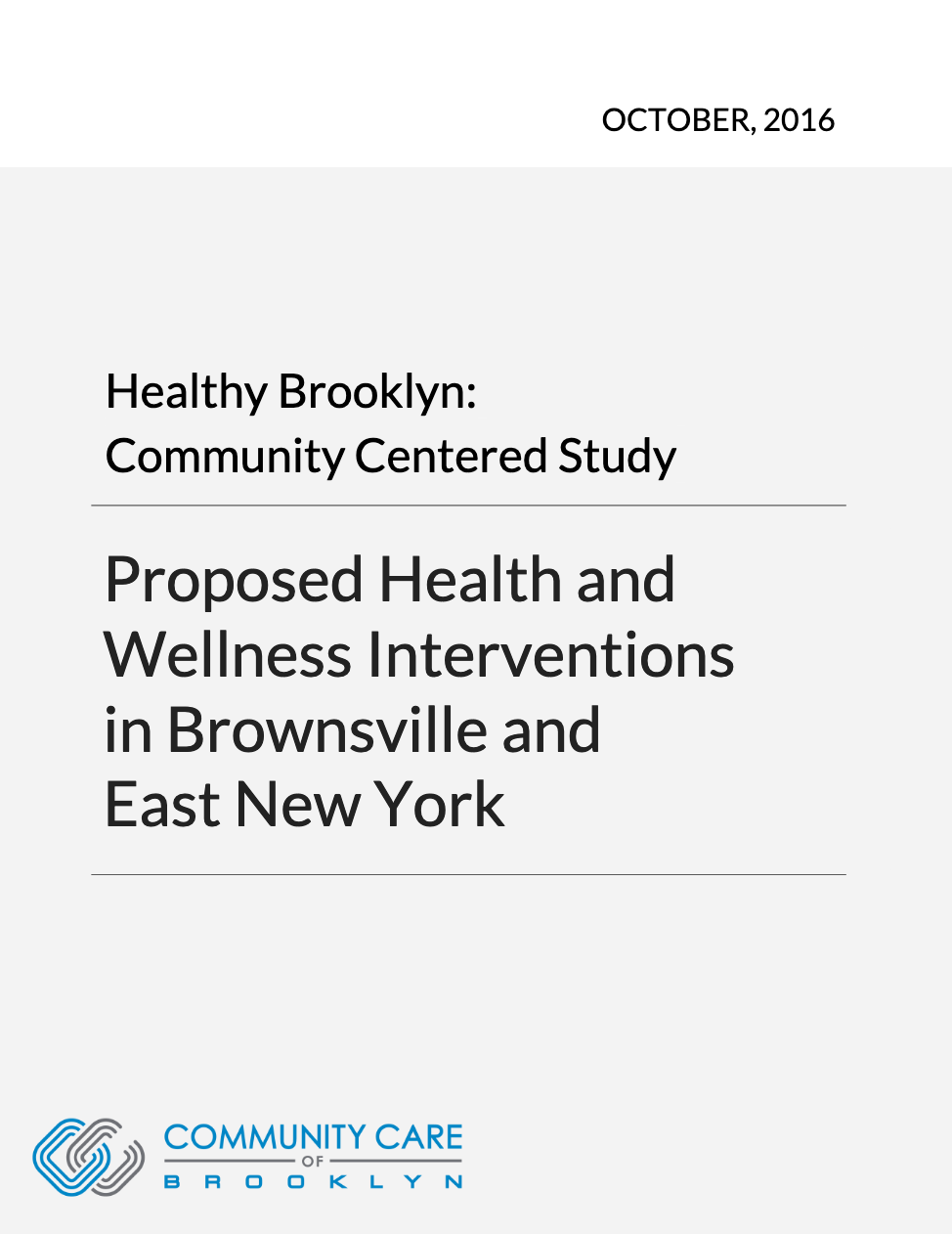 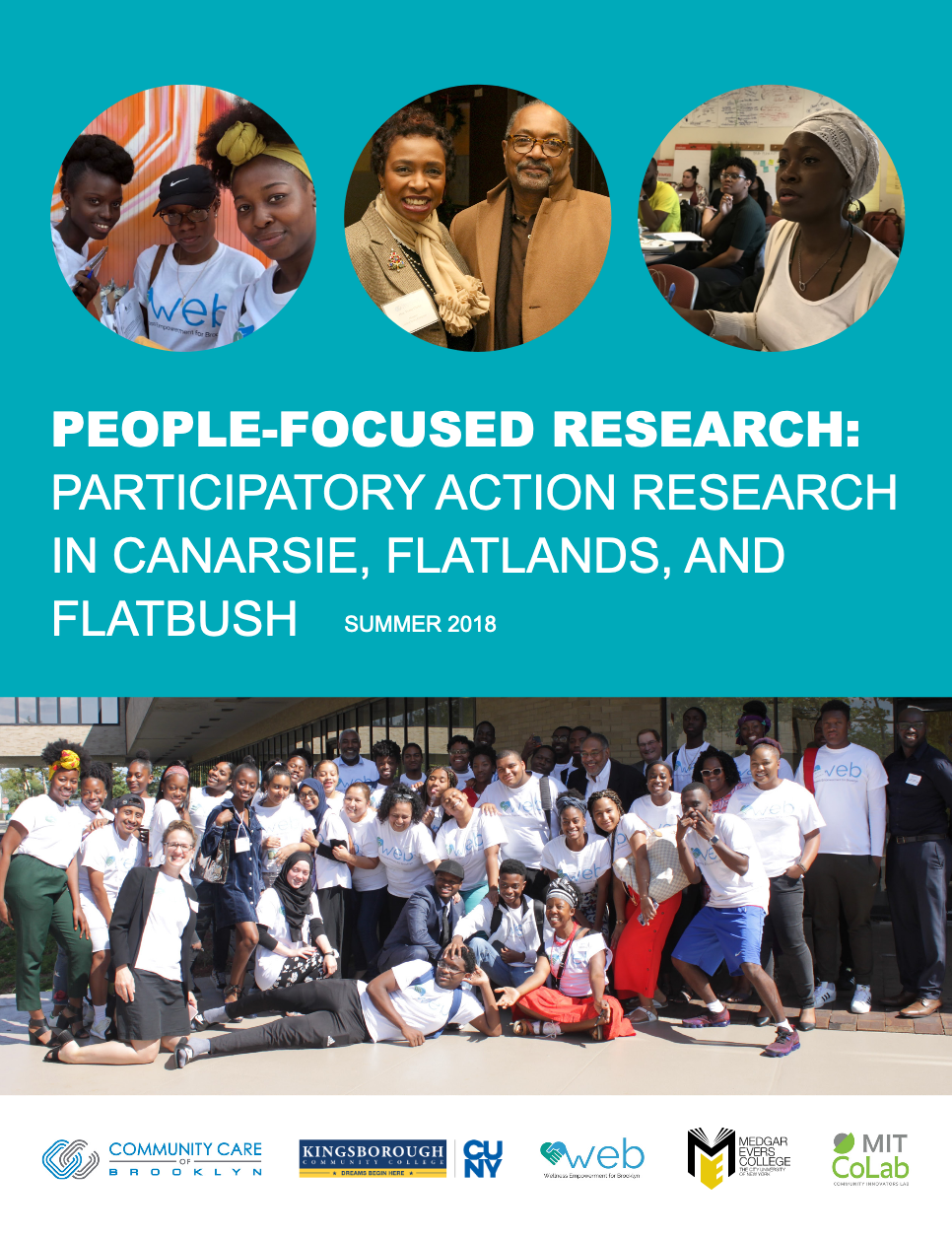 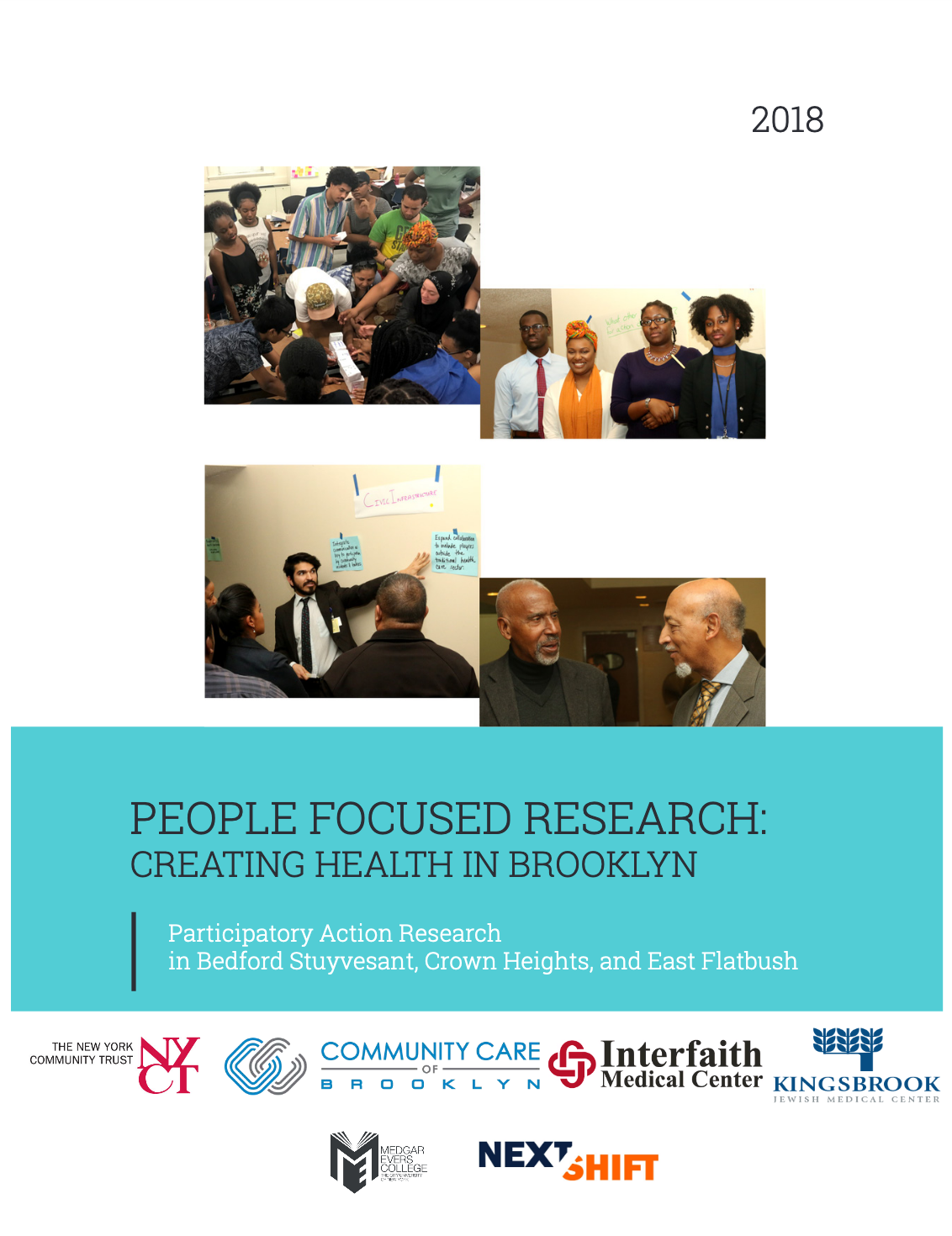 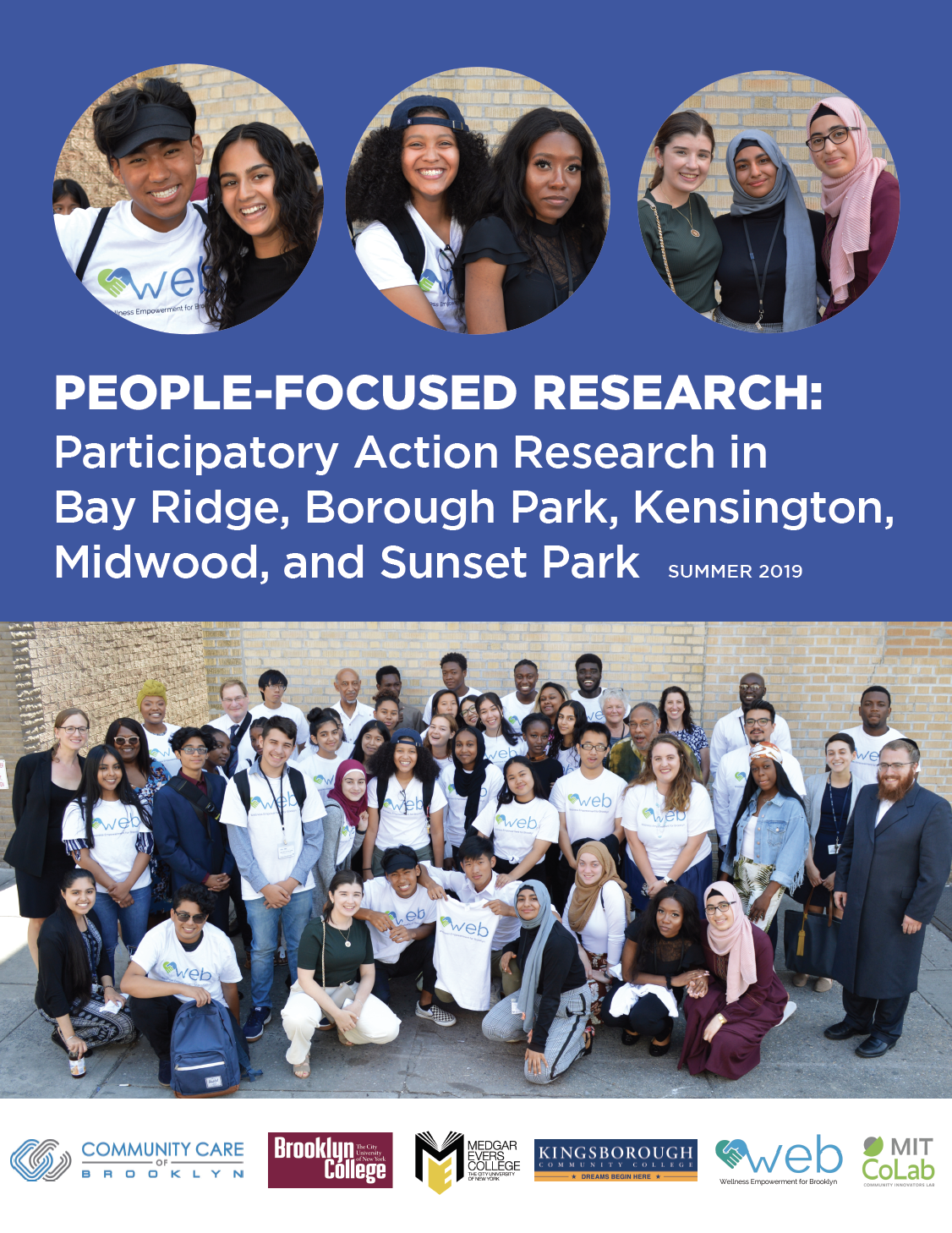 “A Continuous Cycle of Inquiry”

As a research and science-based effort that also integrated data and findings from NYC DOHMH and other sources, PAR helped bolster community perspectives and support residents’ meaningful engagement in the healthcare system change process unfolding in Central Brooklyn.  It helped reveal important new insights about SDOH in the neighborhoods, for example, the significant differences in health challenges between neighborhoods separated by very short distances.

PAR became the engine for advancing the Coalition’s and CCB’s work in new and more powerful ways. They used the PAR methodology as a framework for creating knowledge rooted in the neighborhood.  The findings informed CCB interventions going forward,57 creating a big tent for a range of stakeholders to imagine roles for themselves in changing the healthcare system. CCB’s David Cohen said: [T]here was a ] sense of, “Wow! Look what everybody pulled together!”  . . .  Having succeeded at the first PAR really generated a lot of trust.” Still ongoing after four years, the PAR process became a catalyst for what Coalition and CCB leaders now call a “community of continuous inquiry” around health.

Still ongoing after four years, the PAR process became a catalyst for what Coalition and CCB leaders now call a “community of continuous inquiry” around health.