In New York, Medicaid comprises the second largest share of the budget after public education. In 2014, the State spent $26.6 billion of its own revenue on Medicaid --roughly ⅓ of its total budget;37 the Federal share was $39.37 billion, while New York City paid $9.4 billion. The State was committed to reducing these unsustainable costs and hoped to fund a sweeping reform effort via a Medicaid waiver.

Medicaid waivers allow states flexibility to use Medicaid dollars, for example, to create new cost-savings programs that might not be allowed under typical Medicaid rules.  In 2014, the State’s planned waiver covered funding for failing hospitals in Brooklyn, including Interfaith.38

In February 2014, the federal Department of Health and Human Services (HHS) reached an agreement with the State granting the Medicaid waiver39 and advancing $8 billion from the federal government in anticipated cost savings. The State promised a 25% reduction in unnecessary hospitalizations and emergency room visits, with a projected $17 billion saved over five years.

The first $1 billion increment of the money was released to the State to strengthen safety net hospitals serving low income communities, such as Interfaith, on the condition that the hospitals form coalitions with community health and service providers to expand preventative care. HHS would allocate Future Medicaid payments to the State based on meeting  goals to reduce spending by $17 billion.

Under pressure to deliver, the State launched its own reform initiative, the Delivery System Reform Incentive Payment Program (DSRIP). Tracking the goals of the Affordable Care Act (“Obamacare”), DSRIP sought to transform the way Medicaid paid for services: from fee for service which encourages more hospitalizations, to a value-based system in which services care is funded based on improved outcomes.40 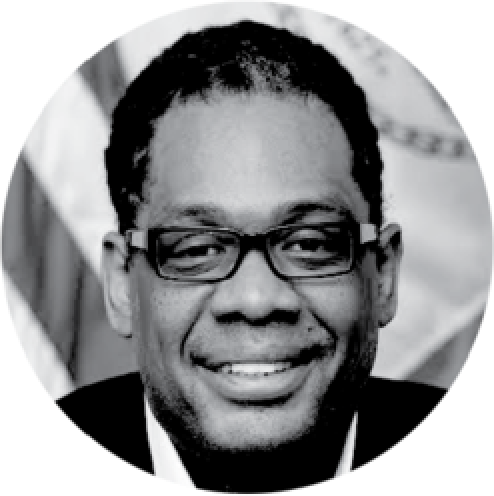 “Receiving the waiver is a major victory for our . . .  community but it’s just a means to an end. . . . [W]e remain united in the fight to achieve our overarching goal, . . .  maintaining the critical resource that a full service Interfaith Hospital is for our community.”

In Brooklyn, the DSRIP program quickly evolved into a robustly participatory process unlike any seen in NYC in decades. It led to the formation of multiple healthcare collaborations, called Performing Provider Systems (PPS), in various Brooklyn communities. The PPSs consist of networks of hospitals, doctors, community based organizations, social service providers and others in a designated service area. They seek to integrate clinical care, prevention-oriented public health and community-based social services to improve health outcomes while driving down costs. The PPS assumes responsibility for population health improvements in a designated service area, committing to provide culturally competent, highly integrated, well-coordinated, and easily accessible health services. To incentivize collaborations, each PPS earns funding only by meeting predefined milestones in clinical management, population health, and system transformation -- and by demonstrating a 25% reduction in avoidable hospital use by the end of the program.42

Though Medicaid funding purported to address social determinants of health, prior to DSRIP, most programs just followed traditional medical models to treat illness.  However, within the PPSs, comprehensive approaches that sought to address SDOH would be designed and implemented.  Interfaith ultimately joined Community Care of Brooklyn (CCB), a PPS comprised of more than 250 community organizations. CCB was anchored by Maimonides Medical Center, one of the larger healthcare institutions in Brooklyn.