Sustaining Transformation in the Face of Challenge

In 2019, New York State applied to renew its Medicaid waiver and DSRIP program.  However, in early 2020, the Trump administration declined. Failure to renew DSRIP will mean a loss of more than $25.7 million to CCB and $625 million statewide106  As a result, CCB will not be expanding its successful model of community collaboration with the Coalition to other Brooklyn neighborhoods. 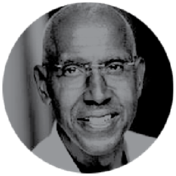 "What I envision that we are achieving is a method and an approach to how community operates. How community defends itself, how it’s able to get the resources that it needs to take better care of itself. . . . in order for a community to be able to maximize success, residents have to be participating, have to be proactive in the whole process."104

It is also likely to have to scale back some of the planned work in Central Brooklyn. While the federal refusal to renew was a disappointing blow, it affirmed CCB’s decision to establish the independent non-profit Brooklyn Communities Collaborative to continue work initiated under DSRIP.  Other challenges to achieving the CCB’s and the Coalition’s vision remain daunting—resource constraints, policy obstacles, lack of city-state cooperation, turnover in local and state government and job losses due to hospital reorganizations.

The search for resources is paramount in Central Brooklyn. Interfaith, and the One Brooklyn Health system have not achieved financial sustainability. Currently, New York State is providing roughly $275-300 million a year to support the hospitals’ operations. With current Medicaid reimbursement rates, no hospitals would remain open without subsidies, and a 1% cut in subsidies is forthcoming in the 2020 State budget. CCB and Coalition leaders must find additional revenue sources.107

In addition to immediate funding issues, the healthcare policy environment is likely to become increasingly challenging for Central Brooklyn. Dr. Karen Nelson, Senior Vice President of Integrated Delivery Systems & Chief Medical Officer of Central Services Organization, worries, for example, that Medicaid may be transitioned to a block-grant program in the future. According to the Center on Budget and Policy Priorities, federal government shifts from categorical funding to block granting for social programs generally leads to overall declines in funding. Nelson believes that such a change will “strip a lot of our anchors to the bone.”108

The effort in Central Brooklyn is facing the prospect of significant change in local government. Most of the current New York City Council will turn over in January 2022.109 The current City Councillors from Brooklyn are well-acquainted with the Coalition’s work. The Coalition will need to work with a whole new set of elected officials in the years ahead. Coalition and CCB leaders are also factoring the uncertain national political environment into their strategizing for the future.110

A strong partnership between the city and the state will be required to fully achieve community well-being goals in Central Brooklyn.111 New York City’s jurisdiction is even more crucial than the State on many SDOH issues, such as economic development, land-use, parks and recreation, education and education.

The WEB PAR studies demonstrated differences in SDOH even between neighboring communities, highlighting that the meaningful unit of action is often at the neighborhood level. Better and more strategic neighborhood-level planning and coordination of existing resources and assets could go a long way towards addressing social determinants of health in Central Brooklyn.

Yet currently, state and city resources and programs are disjointed and not well coordinated at the neighborhood level.  Within the city, the voluntary not-for-profit hospitals that are mostly-state-funded through Medicaid and Medicare are not coordinated with the public hospitals funded by the City through its Health and Hospitals Corporation. Coordination of one without the other does not make sense from a community health, labor, or fiscal standpoint. Ultimately, the most effective health delivery would be regional, across all hospitals, with non-duplication of services in the same geographic area, and with coordination among all health providers (community clinics, hospitals, social services) helping the same people.

Workforce development will be critical for realizing the community vision of wellness in Central Brooklyn. While increasing coordination and eliminating redundancy are both money savers; planned shrinkage, elimination of redundancy and layoffs, though improving efficiency, will take their toll among workers and the community. Where redundancies exist, healthcare workers not needed in over-bedded hospitals could be retrained to work, for example, in primary care clinics and also as community health workers (CHWs). CHWs have proven in many settings to be key actors in reducing ER visits and ultimately saving money in the system. They could be unionized, well-trained and well-compensated for this important work.

Daunting challenges notwithstanding, CCB and the Coalition have forged their relationships through five years of struggle and they are no strangers to crisis. CCB plans to continue offering partners technical assistance and direct funding–it has recently announced a $2 million fund to build local organizations’ resilience—to support their continued engagement in the CCB network. They will lean on the strength of their relationships, their capacity for coordinated leadership and their shared vision of community well-being to mount collective responses to obstacles as they come.

CCB and Coalition leaders are developing plans for measuring results that go beyond clinical outcomes and new programs. In addition to tracking rates of avoidable hospitalizations, they hope eventually to be able to quantify the impact of localizing procurement on community health and well-being. In addition to using measures already in place, for example, NYC DOHMH’s community health profile data, they hope to incorporate less conventional data such as elements of the human development index. Such measures could help to track the impact of CCB and Coalition efforts to sustain community voice, self-determination and participatory processes, along with achieving better health and wealth outcomes.

View Chapters
About the Report